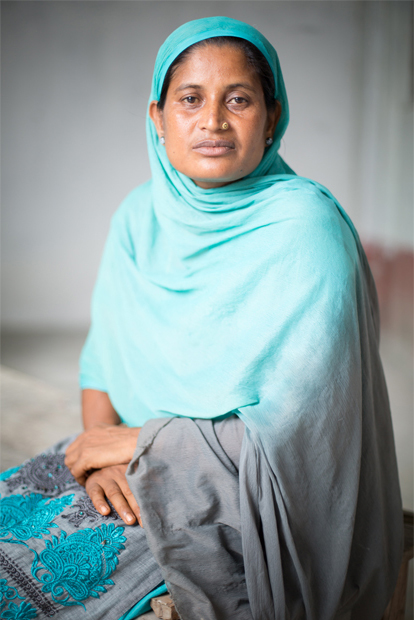 Meena was born in North Bengal, India. At just 5 years of age she was trafficked and forced into prostitution, first in the town of Katihar and then Purnea. Incredibly she managed to escape the brothel and move to Forbesganj close to the Nepal border. Her daughter destined with the same fate, was also trafficked and sold into prostitution, a common tragedy in this part of the world. With the support of Apne Aap Worldwide and local police Meena was able to rescue her daughter. Meena’s story was the subject of a short documentary by actress/director Lucy Liu and the Sibs based on Nicholas D. Kristof and Sheryl WuDunn’s best-selling book Half The Sky, which lays out an agenda for the world’s women to confront three on-going global crises: gender-based violence, maternal mortality, and sex trafficking. She exemplifies bravery! Meena now spends her days teaching children in the red light area of Forbesganj. #thebirthlottery

To learn more about #thebirthlottery contact David via his email